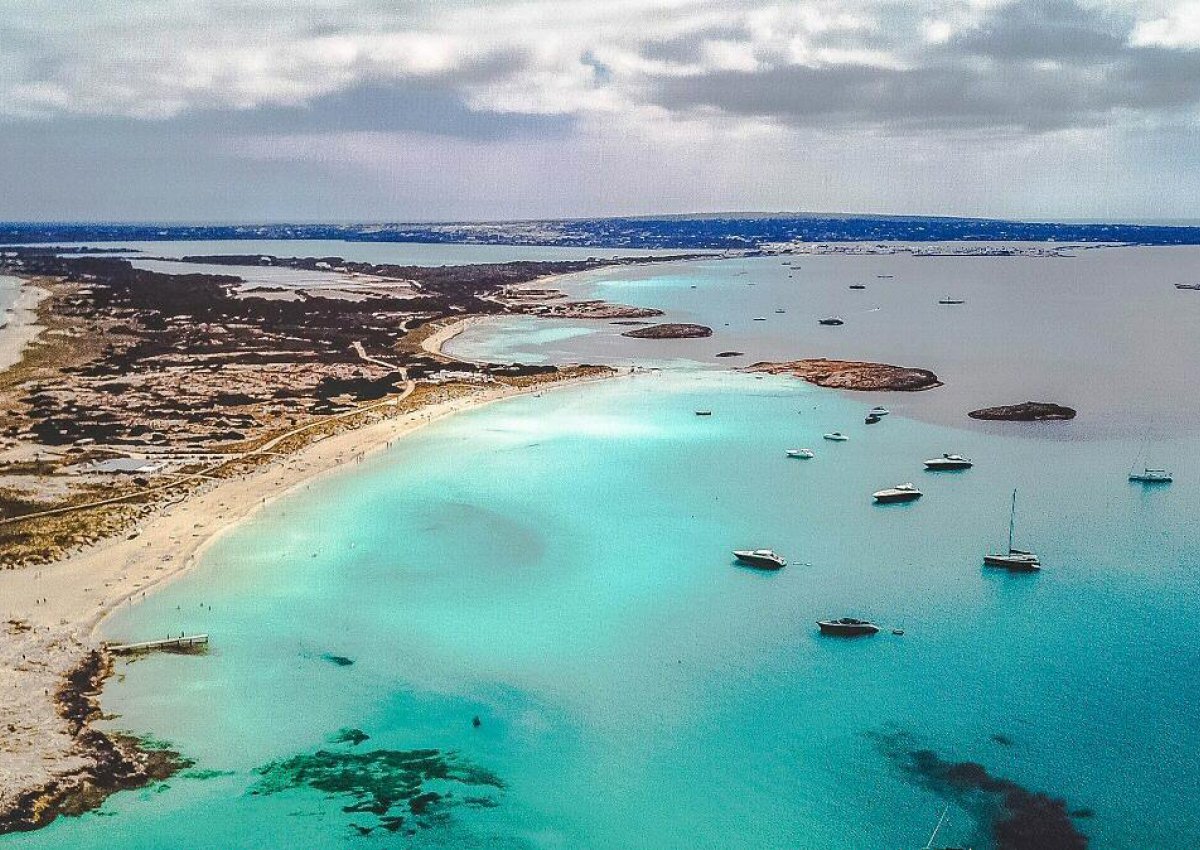 If you’re thinking about travelling to Formentera outside the summer months, it’s important that you should know what the weather’s like on the island in the autumn, because this season is the perfect time for getting the most out of this idyllic Mediterranean island.

The Balearic Islands are lucky enough to have one of the best climates in Europe. In particular, Ibiza and Formentera (both of which have more southerly locations) enjoy enviable weather, with somewhat milder temperatures than their neighbours to the north. In recent years, the periods of transition between seasons have become steadily longer, and Ibiza and Formentera have been blessed with almost a never-ending spring. But exactly what’s the weather like on Formentera in autumn?  Here we provide a month-by-month summary.

The weather on Formentera in September

September is a month of contrasts on Formentera, because it has a very changeable climate. In general, the daytime temperature is around 28º on average, while at night it falls back to 20º. The best thing about Formentera’s climate in September, above all for those who love the sea, is the water temperature, which remains very warm, at around 24º on average. Rain is also a notable feature, storms being a frequent phenomenon in September.

The Formentera climate in October

October is a strange month on the island of Formentera. And the fact is that summer (or “summer-autumn”) is making its presence felt more and more at this time of year, particularly during the first two weeks of the month. The temperature of the sea falls a few degrees compared to September (to around 21º), which is the same as the June temperature around the island. On the other hand, this is the month with the highest rainfall of the year, although it is usually a matter of isolated storms. Average daytime temperatures hover around 23º, falling to 16º at night.

The weather on Formentera in November

Formentera starts to feel more autumnal in November. It’s time to put on a jacket to go outdoors, because the average temperature during the day is approximately 19º, and at night it can fall as low as 12º.

The climate on Formentera in December

The year draws to a close with a colder month, which bids farewell to autumn and ushers in winter. That said, December blesses the islanders with sunny days for enjoying the beauty of its beaches and natural landscapes. The average daytime temperature is around 17º, and this can fall to 10º at night.

If you prefer to avoid the sweltering summer temperatures, autumn is a good time to travel to Formentera. You can explore the island without suffering from the heat and enjoy a much calmer and more authentic atmosphere. And if you want to discover Formentera from the sea, cast your eye over this article to find out the best time of year for sailing around Ibiza and Formentera.