Did you know you can paddle surf when you hire a boat in Ibiza? 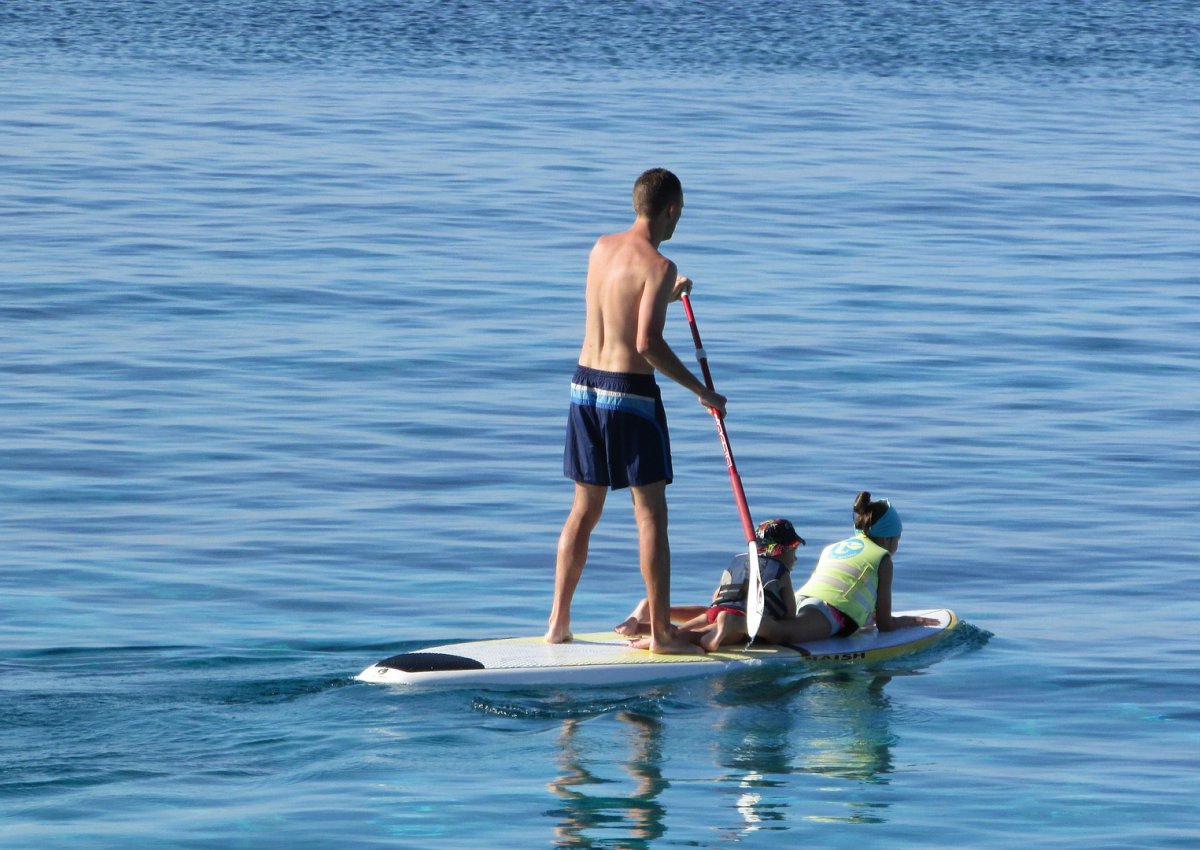 It is different from surfing in that you don’t need waves, and thanks to its paddle you can manoeuvre the board in a way that would be impossible using only your hands.

As far back as the 1940s, several famous surfers in Hawaii, such as the legendary Duke Kahanamoku, began to use large boards and paddles to teach tourists how to surf, who were then copied by other surfers who also started to do it.

But it wasn’t until the ‘90s that it became popular, and renowned surfers such as Brian Keaulana also began to use it for their tow-in surfing training sessions.

As it sport, it is suitable for all ages and all physical fitness conditions, as it can be learned very quickly and done sitting, kneeling or standing. It uses the majority of body muscles and builds strength and stamina as well as being a highly aerobic form of exercise.

In spite of it being a low-impact activity, you can burn around 800 calories in one session of intense paddling.

Can you imagine the feeling of being in such close contact with the sea and skimming across its surface? To feel the freedom of the sea breeze and to enjoy the view of the seabed and the coast of Ibiza and Formentera from a completely different perspective are emotions that you shouldn’t miss out on when hiring a boat. So don’t forget to add this service to your hire.